HyProCure is a titanium spacer-implant that is placed into the naturally occurring space between the ankle and heel bones, called the sinus tarsi.

HyProCure II, the second generation, is unfortunately not available in all countries. Both versions are placed into the same location, are made of the same material, and have the same manufacturing and sterilization process.

Ankle & Foot Centers of Mid-America strives for the best and follows the best practices to provide surgeons a device that is safe and effective. Each HyProCure device undergoes a thorough cleaning and sterilization process. Each implant is separately boxed and provided sterile. While this may seem obvious, you should know that this level of sterility is not followed by other sinus tarsi implant manufacturers.

The answer to this question is both simple and very complex. The simple answer is that HyProCure fixes ankle bone instability. This is an unnatural condition in which the ankle bone (talus) has lost its stability and therefore alignment on the heel bone. 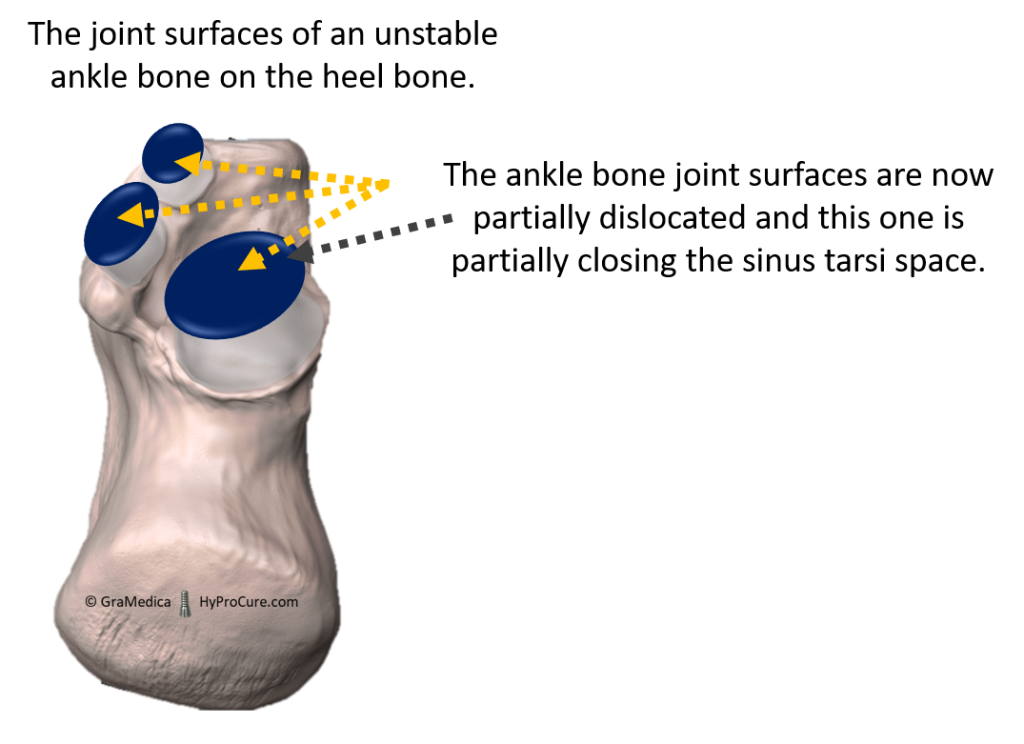 HyProCure stabilizes the ankle bone on the heel bone to maintain the alignment of the joint surfaces.

The “head” of the implant is designed to stabilize the ankle bone at the axis of motion between the ankle and heel bones. This is the only part of the implant that comes into contact with the ankle and heel bones. The upper-back portion touches the ankle bone and the lower-front portion touches the heel bone. The weight of the body from above pushes down on the ankle bone when weight is placed on the foot. The majority of those forces will act on the many large joint surfaces between the ankle bone and the heel and arch bones. There is only a minimal force acting on the HyProCure implant. It can look very scary to see an x-ray of the HyProCure in someone’s foot as if HyProCure will break the ankle bone in half. This is just an optical illusion because of the actual minimal forces pushing on HyProCure. “Knock-on-wood” as they say, after more than 15 years of clinical use in both children and adults, there has never been a broken ankle or heel bone because of HyProCure.

Request Your Appointment Today!
(479) 224-6411
Call Us!
Font Resize
Contrast
Accessibility by WAH
Call Us Text Us